Half of drivers admit to still hogging the middle lane

Home Half of drivers admit to still hogging the middle lane

Half of drivers admit to still hogging the middle lane 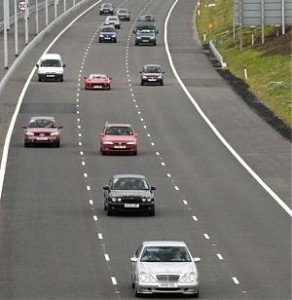 More than half of drivers admit to hogging the middle of the motorway a year since laws were introduced to stop people doing it.

New research by the Highways Agency on behalf of Direct Line Insurance found 52% of motorists know that middle lane hogging is illegal.

Yet despite this, 59% owned up to staying in the central lane, rather than just using it for overtaking, with those aged 65 and over being the worst offenders.

The South East of England was also found to be the country’s middle lane hot spot, with the M4 near Slough having the highest incidence of hogging.

And the most common reason for why people drove in the middle lane was because it is an easier way to drive on motorways because it saves changing lanes.

Rob Miles, director of car insurance at Direct Line said: “Lane hogging causes congestion, reduces the capacity of the roads, and most crucially, can be dangerous.

“It is also illegal which means drivers could face a £100 on-the-spot fine and three points on their licence if caught.

“Motorists are risking their own safety and the safety of other road users through their actions so we’d urge them to be aware of the other lanes and drivers around them when on the road.

“If the inside lane has space, you should move into it.”

Benjamin Heydecker, Professor of Transport Studies at University College London, fears that as well as adding to congestion and accidents, middle lane hogging is also a sign that people are driving around in a dream.

Prof Heydecker said: “Annoying other drivers is a bad idea, it doesn’t add to road safety, but also I’m concerned that the drivers that are holding the middle lane aren’t engaged in the driving task and that’s bad for safety.”

In August 2013 the Government introduced new careless driving laws to curb lane hogging and tailgating; those caught by police now face a £100 fine and points on their licence.