No second chance for motorists caught using their mobile while driving

No second chance for motorists caught using their mobile while driving 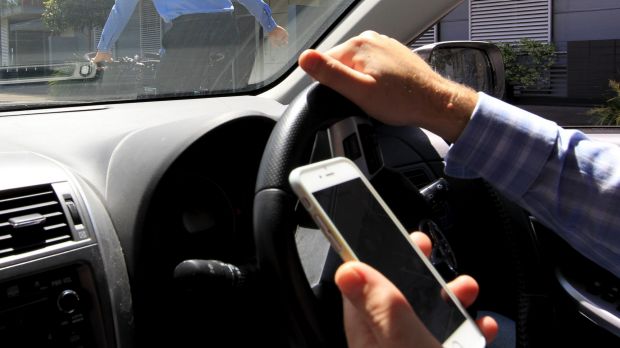 Drivers caught using a mobile phone at the wheel will no longer be able to avoid getting points on their licence by taking a training workshop.

The fine slapped on motorists caught illegally using their phone will also be doubled from £100 to £200 under the plans and penalty points will increase from three to six.

Some police forces currently offer the remedial courses to educate motorists about the dangers of making a call while driving – similar to speeding workshops.

But the Department for Transport (DfT) believes this is not a tough enough measure to deter people from answering a call while they are driving or to change their future behaviour.

The plan was announced in the department’s response to a consultation on the punishments handed out to motorists caught using a hand-held phone.

The number of fines issued for motorists caught using a mobile phone illegally has plummeted by 84 per cent since 2011.

Just 16,900 drivers were handed fixed penalty notices in relation to the offence in England and Wales last year, compared with 123,100 in 2011, Home Office data shows.

The 2015 figure represents a 43 per cent decrease on the previous 12 months.

Motoring groups believe the decline is due to a 27 per cent fall in the number of full-time dedicated roads policing officers in England and Wales (excluding London) between 2010 and 2015.

DfT figures show that a driver impaired or distracted by their phone was a contributory factor in 440 accidents in Britain last year, including 22 which were fatal and 75 classed as serious.

Legislation to increase the punishments for illegal phone use will be put before Parliament ‘as soon as possible’, the DfT said.

Figures show that a driver impaired or distracted by their phone was a contributory factor in 440 accidents in Britain last year, including 22 in which someone was killed. Research has suggested that using a mobile phone while at the wheel has a worse impact on driving ability than being above the drink-drive limit.