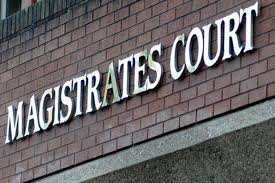 Last week it was reported that fines for motoring offences could rise by 400% with the introduction of maximum fines of £10,000 for speeding on the motorway.

But if a poll by online car marketplace Auto Trader is anything to go by, the changes will have little effect on the number of offences committed or the way people drive.

Almost 70% of drivers believe the four-fold rises are too great, though somewhat surprisingly, roughly a quarter saw the rise in maximum fines as being about right.

The survey also asked  if the higher fines would change their driving habits. 70% said they wouldn’t change how they drive with less than 10% stating they would drive more slowly.

Jon Quirk, editor-in-chief at Auto Trader, said: “Road safety is the top priority for all road users. However, this research suggests motorists not only believe the fines are too high, but that they will have no effect on how the majority of people drive.

“Our research also showed drivers are not in favour of unrestricted motorways as seen in some sections of Germany’s Autobahn – only 16 per cent think that if speed limits on motorways were removed, road safety would increase.”

The new fines could be taken from motorists as part of reforms to magistrates powers, as unveiled by Justice Minister Jeremy Wright last week.

But as Principle Partner at Caddick Davies Neil Davies explains, the amount of drivers facing these new and increased charges could actually be limited.

“At present the law requires the court to take account of a person’s ability to pay when considering the appropriate fine and the court is guided by the Magistrates Sentencing Council Guidelines to impose fines as a proportion of a person’s income,” he says.

A Ministry of Justice spokesman says the potential changes would be the first of their kind since 1991 and comes just weeks after the announcement that the Government collected a record £284 million in motoring fines in 2012-13.