6% of drivers don’t use a seatbelt according to poll

6% of drivers don’t use a seatbelt according to poll 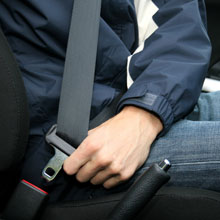 It is more than 30 years since it became law to wear a seatbelt while driving, yet up to two million drivers in the UK are still not using one with, 47% of drivers unaware that they could incur a fine, according to a new survey.

A poll by LV car insurance has found that 6% of drivers in the UK are still taking to the roads without a seatbelt.

If you have a crash, you’re twice as likely to die if you are not wearing a belt according to government figures, but two million of us are doing it anyway, the poll says.

Nearly 180,000 fixed penalty notices were issued for seatbelt offences last year – a 17% increase on the figure for 2009.

Among those who confessed to not wearing belts, older drivers said they were too restricting while younger motorists said they sometimes did not comply on shorter journeys.

“Many simply do not think they’ll ever need them,” says Graham Hope, a senior lecturer in psychology at the University of Sussex.

“There is a self-serving bias where people think they are more likely to survive than other people, and less likely to ever be involved in an accident in the first place.”

While LV managing director John O’Roarke said: “Wearing a seatbelt can drastically improve your chances of survival in an accident, even if it’s just for a short journey.

“The research shows that too many people are still taking unnecessary risks when driving or travelling as a passenger.

“There is only so much you can do to prevent being in a car accident but wearing a seatbelt costs nothing and it may save your life one day.”