Ban on smoking in vehicles with children: Everything you NEED to know

Home Ban on smoking in vehicles with children: Everything you NEED to know

Ban on smoking in vehicles with children: Everything you NEED to know 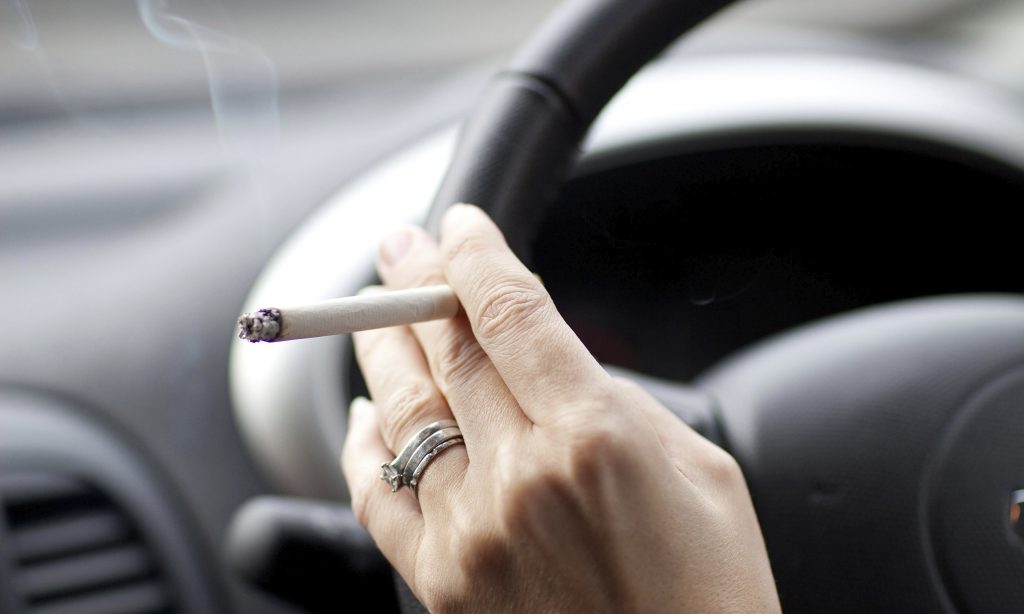 Smoking in work vehicles that are used by more than one person has been banned since 2007, but a new law on smoking in private vehicles carrying children will be introduced this autumn.

Here, Senior Partner Neil Davies answers all the key questions about this latest piece of driving legislation to come into effect.

When does the ban come in?

The ban on smoking in a private car which is carrying children under the age of 18 comes in on October 1st 2015.

Why is it being brought in?

The ban is being brought in to protect young people from the effects of cigarette and cigar smoke.

Smoking in cars is particularly hazardous as levels of “second hand smoke” have been found to be dangerously high due to the enclosed space, even when the vehicle is well ventilated.

Children are particularly vulnerable to the effects of “second hand smoke” exposure, which has been linked to an increased risk of a range of illnesses including lower respiratory tract infections, asthma, wheezing, middle ear infections, sudden unexpected death in infancy and invasive meningococcal disease.

Who does it affect?

The law applies to every driver in England and Wales, including those aged 17 and those driving with a provisional driving licence.

The law also places a duty upon the driver to stop any passenger smoking in a vehicle in which a child is present, although it is a defence if the driver can show that they took “reasonable steps” to prevent the passenger from smoking.

Does the ban apply to all vehicles?

The legislation affects any private vehicle which is enclosed by a roof either wholly or partly. So when children are present, people will be able to smoke in convertibles, as long as the roof is down.

However, people will not be able to smoke in a car that has an open sunroof or windows.

The new rules also apply to motorhomes, but only when they’re used as vehicles and not when used as accommodation.

Do the rules apply to e-cigarettes?

No, the new rules do not apply to any type of electronic cigarette.

Who will be enforcing the law?

The police will be responsible for enforcing the application of this new law and will have the power to issue either a Fixed Penalty Notice or a Court Requisition.

It has been suggested by the National Police Chiefs’ Council that police forces will initially take a lenient approach to the enforcement of this law, being encouraged to adopt an “educational, advisory and non-confrontational approach”.

What could the punishment be?

These rules will be enforced by the police and the penalty for any driver caught smoking will either be a £50 Fixed Penalty Notice or, if prosecuted before a Magistrates’ Court, a fine of up to £200.

The penalty for a driver who allows a passenger to smoke whilst a child is present is more severe, with ether a £50 Fixed Penalty Notice, or if prosecuted before a Magistrates’ Court, a fine of up to £2,500.