Behind the Headlines: Was a motorist really punished for hogging the middle lane?

Home Behind the Headlines: Was a motorist really punished for hogging the middle lane?

Behind the Headlines: Was a motorist really punished for hogging the middle lane? 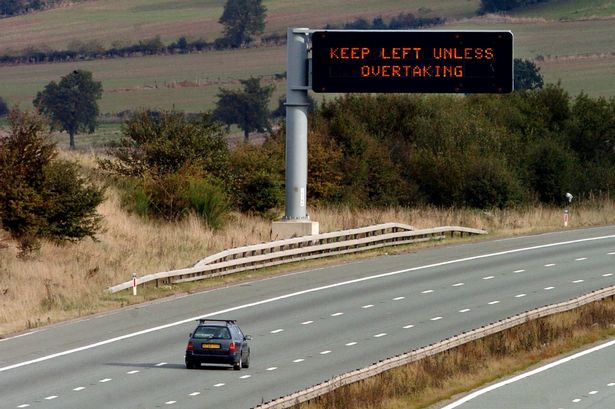 The papers were full of one particular story this week after a driver was thought to be the first motorist to be fined for “middle lane hogging” on the M62 near Huddersfield.

Ian Stephens was ordered to pay a fine and costs, which totalled around £900, and he also received five penalty points on his driving licence after the incident on August 25 last year, in what is to believed to be the first court conviction for such an offence.

Leeds Magistrates Court heard the driver had numerous opportunities to move back into the left-hand lane but failed to do so, choosing instead to drive in ‘an inconsiderate manner’.

And something the press were keen to emphasise is how this was the first conviction for a new offence that was only introduced back in 2013.

So what was this offence and how can drivers be prosecuted for something similar?

But as Neil Davies explains, there is nothing new in this story and there is actually no such offence as hogging the middle lane.

“Contrary to popular belief I would dispute that this is the first conviction in the UK for ‘middle lane hogging’, as there is in fact no such offence.

“The offence which has been committed in this case is one of driving without due care and attention, which is more commonly known as ‘careless driving.

“This offence is committed where the standard of a person’s driving falls below that of a ‘competent and careful’ driver or they drive without due consideration of other road users.

“In considering whether driving falls below that standard (or is inconsiderate) the law takes into account the Highway Code and an objective standard of acceptable driving. We all perhaps know, some better than others, that on a motorway the inside lane is the driving lane with the two outer lanes being overtaking lanes.

“This means that a driver who is driving in accordance with the accepted standard will always be in the inside lane unless he is overtaking other motorists.

“In this case, it appears that the court has concluded that Mr Stephens has been driving in the middle lane without passing other traffic, such that hat the standard of his driving has fallen below that expected of the “competent and careful driver” and he has been convicted and fined.

“If a person commits the offence of careless driving (including middle lane hogging) and are detected by the police, then they will often in the first instance be offered a fixed penalty of a £100 fine and 3 penalty points endorsed on their licence rather than going to court.

“However, if the police think that the offence is so serious or the fixed penalty notice is not accepted, then the case will be taken before the Magistrates’ Court where the fine is calculated as 1 ½ times a person’s weekly net income (to a maximum of £5,000) and your licence could be endorsed with between 3 and 9 penalty points.

“In accordance with these provisions, Mr Stephens has found himself with 5 points endorsed on his driving licence and a total financial penalty of £900, although it should be noted that this amount will be made up not only of the fine, but will also include the prosecutions costs of bringing the case and a ‘victim impact surcharge,’ which every person convicted of an offence is required to pay.

“Whilst I am of the view that the court has properly heard the case of Mr Stephens and decided that he has committed this offence and have sentenced him accordingly, this is not to say that I am not sympathetic to his case and indeed the plight of other motorists who find themselves facing such a prosecution.

“The reality is that on busy motorways with a high volume of articulated lorries or HGVs using the inside lane, the drivers of cars often find it easier simply to use the outer two lanes and of course the question of whether or not a person is using the lanes correctly is quite subjective.”