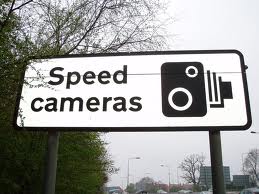 A man from Liverpool is still driving legally, despite having 45 points on his licence.
The unnamed driver has been caught an incredible eight times in seven months for speeding, as well as not declaring who was behind the wheel of his car.

But because he proved to a magistrate he would suffer hardship without his car, he has repeatedly swerved an automatic driving ban.
Usually drivers who accumulate 12 points or more are instantly banned from driving, but this individual is one of 7,200 people who remain on the road despite having such a large amount of points on their licence.

There have been similar cases in recent years of drivers avoiding a ban for one reason or another.

Previously, the record for the driver with the most points was a woman who had amassed 42. While a Warrington man with 36 points kept his licence despite driving without insurance six times over the course of a fortnight.

A spokesperson for the HM Courts and Tribunals service said: ‘The vast majority of drivers who get 12 or more penalty points are fined and disqualified from driving.

‘Magistrates can use discretion to not enforce a driving ban if doing so would cause exceptional hardship, such as losing a job or the ability to care for a dependent. A fine will still be enforced.’