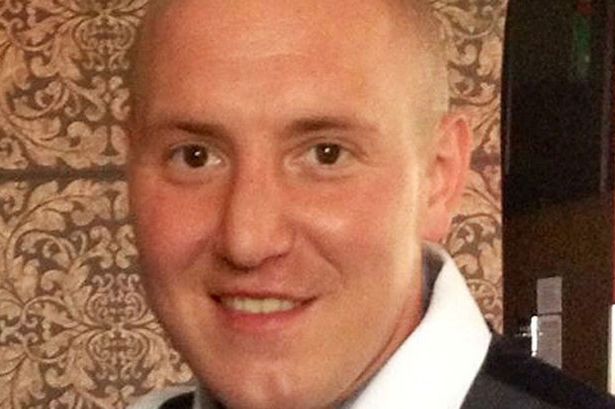 A man who denied being drunk while driving was found out after police discovered his car keys in a rather interesting place.

Kyle Cooper, of Haywood Road, was arrested by police minutes after he had been involved in a car chase.

When stopped by the officer he denied driving the car.

He also claimed he was a passenger and refused a road-side breath test.

But Burnley Crown Court heard how police could not find his car keys but when they searched him thoroughly at the station they finally did discover them – between his buttocks.

Father-of-one Cooper, who was nearly twice the drink driving limit, was found guilty after a trial at Blackburn Magistrates of drink driving, driving without insurance and an MOT certificate, failing to surrender into bail and all while subject to a suspended sentence order.

David Clarke, prosecuting, told the court that Cooper, 28, was driving a silver Ford Fiesta ‘at speed’ in the Addison Road area of Accrington at around 8pm on February 15 this year.

He said a police officer spotted him and gave chase, however lost him after Cooper drove up a road with a ‘no entry’ sign. A few minutes later the same officer saw his car parked on a side street.

Cooper approached the vehicle to get back in but upon spotting the officer ran off again, Mr Clarke said.

The court heard how the officer found documents in the driving compartment bearing the name Kyle Cooper and circulated his description to nearby patrols.

Another officer then saw a man matching his description on Maudsley Street but when he asked his name he said it was ‘Kyle Smith’.

They were then told how the officer briefly let him go but then quizzed him again and tried to make him take a breath test, which he refused.

Mr Clarke said: “He eventually provided his real name. He said he had been driving the car and panicked and ran off.

“However, when he was arrested he changed his account completely and said he was only the passenger in the car and his friend was driving.

“When he was searched in the cells they found he had been clenching the keys up his bottom. He accepted it was his car and had owned it for two months but said it was an acquaintance driving.”

Philip Holden, defending, said: “He is a hard working young man. His problem is alcohol and committing offences while in drink.”

Cooper, who is a forklift truck driver, was given a 12-month community order, ordered to carry out 150 hours unpaid work and disqualified from driving for three years.

He was also fined £600 and given a curfew order and suspended sentence until November 22nd this year.