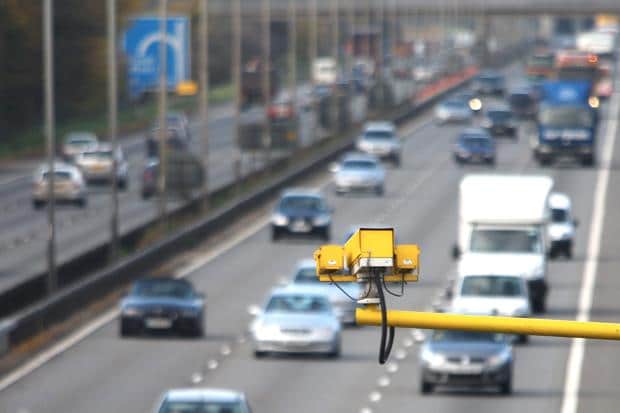 Speed cameras to catch motorists speeding are to be installed along motorways in the UK for the first time.

At the moment, cameras are only used on stretches of road affected by road works, but the Highways Agency plan to roll them out over some of the busiest parts of the network.

The new cameras, dubbed Hadsec3 (Highways Agency digital enforcement camera system) will be and running along more than 100 miles of motorway within two years, with the further roll-out eventually covering at least 400 miles. They will initially be installed on the M1, M6 and M25.

However, motoring groups claim the introduction of cameras is not about road safety but about generating income through fines, and some experts have pointed out that less visible cameras will have no impact on actually slowing drivers down.

Roger Lawson, from the Alliance of British Drivers (ABD), said: ‘We are opposed to speed cameras in general.

“The evidence of their success in promoting safety is not good and in reality what is happening now is that the police are using speed cameras to fund their other activities through speed awareness courses.”

Since 2010, some police forces have reduced the use of cameras because tickets can cost too much to process. But digital technology means it is now cheaper to install, monitor and collect the information provided by cameras.

The announcement comes just weeks after the news that a 60mph speed limit is to be enforced on a stretch of the M1 between Derbyshire and Yorkshire.

In response to the criticism a spokesperson for the Highways Agency said: ‘These are not stealth cameras they are more visible that they were before. These motorways are not about speed limits.

“They are about smoothing the traffic flows and increasing capacity. The onus is on the driver to abide by the speed limit.”