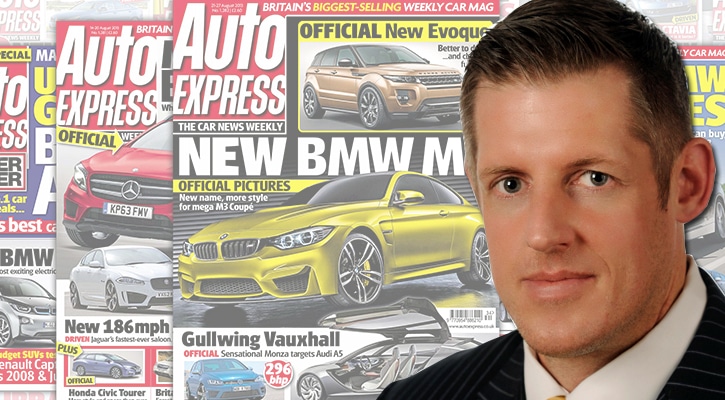 Neil is no stranger to viewers of the BBC and Sky news, often appearing to comment on high profile cases, and he will also be featured on a new ITV documentary next year.

But this month Neil made his ‘debut’ as a columnist in one of the biggest selling motoring magazines in the country.

Over the next few months Neil will be giving advice and highlighting areas of concern when it comes to issues that affect drivers all over the country, from speeding fines to un-insured vehicles.

In his first piece Neil looks at the perils of motor insurance and how some drivers are using their car, blissfully unaware that they are not insured – often through no fault of their own. 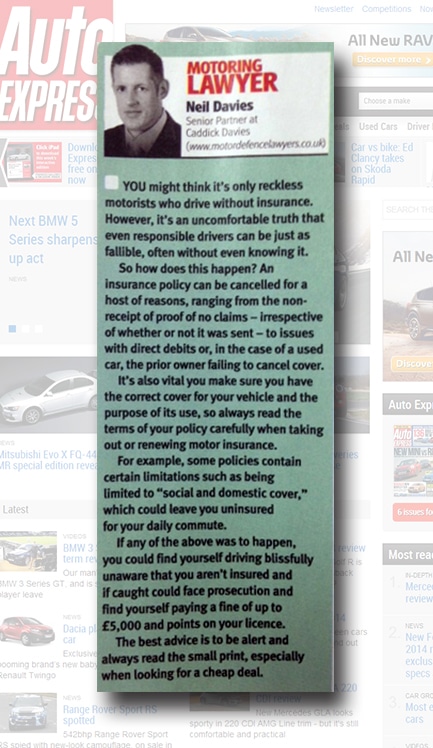 So keep a look out for Neil in editions of Auto Express beginning on Wednesday July 22nd.

And don’t forget. If there is a motoring question you want Neil to answer, just tweet it to @caddickDavies using the hash tag #AskNeilDavies.