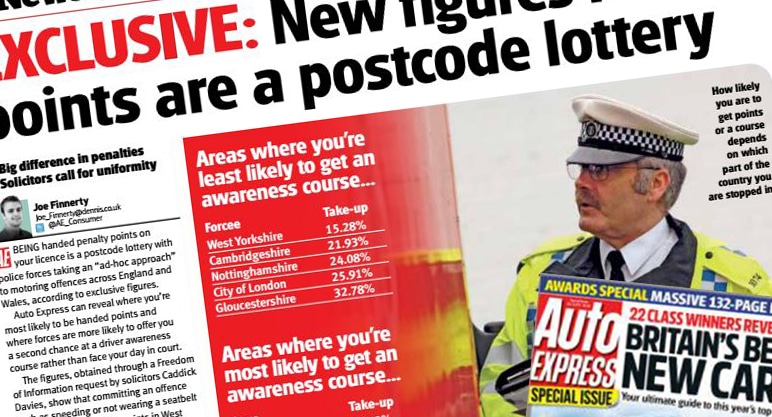 Exclusive research carried out by Caddick Davies has been featured in Auto Express magazine after it found that a motoring postcode lottery could exist in England and Wales.

Neil Davies and Dan Wardle used the Freedom of Information act to contact every police force in England and Wales after they discovered that drivers were being offered different punishments for motoring offences depending on which part of the country that they were caught, and their findings were interesting to say the least.

The confusion arises due to the fact that some forces are willing to offer drivers the chance to attend rehabilitation courses as an alternative to receiving penalty points on their licence, whereas some are not so keen.

Whereas some drivers caught speeding in Essex could be offered a place on a speed awareness course, those found guilty of a similar offence in Gloucestershire are not given the similar opportunity and are more likely to find themselves in court.

The figures show that committing an offence like speeding or not wearing a seatbelt is most likely to result in a points penalty in West Yorkshire, where the take-up of driver awareness courses is just over 15%.

Cambridgeshire and Nottinghamshire are the next worst places to be caught, with less than 25% of drivers being offered or completing an awareness course. 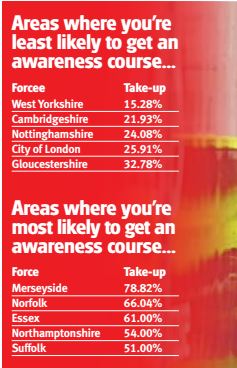 In contrast, those caught in Merseyside are most likely to take-up a place on an awareness course with 78.82% of drivers taking the option – the highest out of any force in England and Wales.

The availability of driver awareness courses is also highlighted in this research, with some forces, such as Humberside and Norfolk offering up to seven different types of course, ranging from speed awareness to and seatbelt courses to driver behaviour and specialist motorcycle classes. 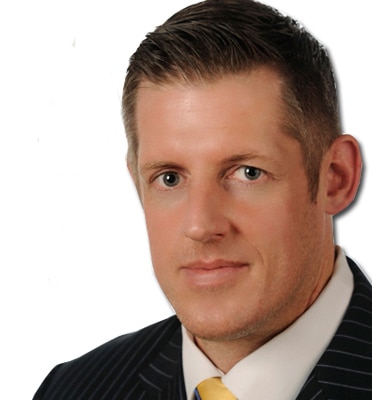 “It’s clear that something of a postcode lottery exists for drivers in England and Wales and punishment is dependent on where you are caught. Some drivers are going to court and being issued with penalty points while others are sent on a course for exactly the same offence. We would like greater consistency so motorists are treated equally, irrespective of where an offence is committed.”