Parents could face fines or even bans for parking near schools

Parents could face fines or even bans for parking near schools 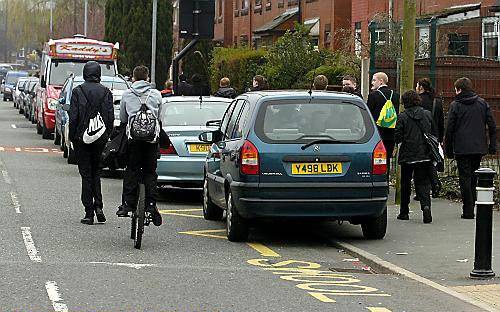 Parents could soon face fines of up to £100 for parking too near to their children’s school, or face a complete ban from the local area following new government proposals aimed at clamping down on anti-social behaviour.

From October 20th, local authorities will be given sweeping powers to outlaw any activity which may have a ‘detrimental effect’ on the quality of local life.

These public spaces protection orders (PSPOs) are intended to clamp down on anti-social behaviour, such as spitting and aggressive begging.

But it’s feared that councils are planning to apply them to ‘nuisance parking.’

Anyone flouting the order will be liable for an on-the-spot fine, normally between £70 and £100, from a police officer, PCSO, council worker or security guard employed by the town hall.

Refusing to pay will be a criminal offence that can land the person in court.

The Manifesto Club think-tank asked a string of council enforcement teams how they plan to use the legislation, with examples including draconian measures to stop parents parking on roads near schools.

Streets close to school entrances would be  made ‘no parking’ areas for non-residents at drop-off and pick- up times. A zone would most likely be designated after complaints from nearby residents.

The think-tank said it had been told parking in front of a home with a ‘for sale’ sign may be banned, as well as busking, begging, skateboarding and ball games. Councils are also considering restricting when charity collectors can operate in town centres.

Josie Appleton, Manifesto Club director, said: ‘The possibilities for the use of these powers are endless … PSPOs amount to a blank cheque for councils to ban anything that is unusual or unpopular, or with which officials disagree.’

Lib Dem peer Timothy Clement-Jones said he feared they would be used in a ‘heavy-handed’ way.

He added: ‘These are very wide-ranging powers and it is vital that it is made very clear  to local authorities that they  should have proper grounds for invoking them.’

But the new legislation can regulate any activities in public spaces which the local authority believes have a ‘detrimental effect on the quality of life of those in the locality’ – or is likely to do so.