Parking Tickets on the rise for Liverpool Bus Companies

Home Parking Tickets on the rise for Liverpool Bus Companies

Parking Tickets on the rise for Liverpool Bus Companies 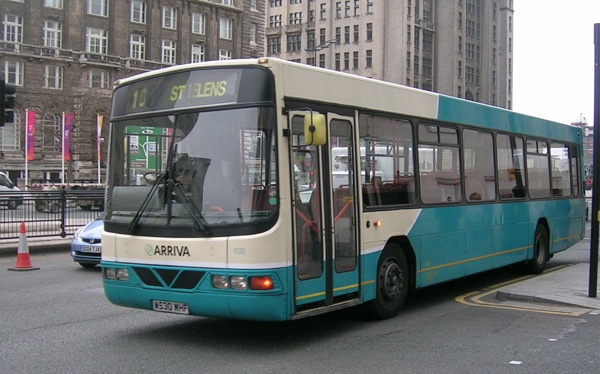 It’s not just motorists who are falling foul of Liverpool’s strict parking restrictions. Bus companies have seen a steep rise in the number of parking tickets issued to their drivers in the city too.

Arriva has seen an increase in fixed penalty notices from seven to 72 year-on-year in November and December, while Stagecoach’s tally went up from zero to 18.

Though none of the companies involved has made an official statement on the matter, some believe the axing of the bus lanes may have been a factor in the increase in penalties.

Opposition Lib Dem leader Cllr Richard  Kemp said the increased ticketing –  including some cases where a driver had to drop off passengers a few feet from the stop because of congestion –  was a result of the council’s decision to suspend the city’s bus lanes.

“The drivers are left with the alternative of waiting for a slot outside the bus stations or setting off on return journeys without passengers. They choose to put passengers first,” he told The Liverpool ECHO.

He also pointed out that up to 70% of the tickets being given out were actually rescinded on appeal, proving that the council was wasting its resources.

The decision to suspend bus lanes was made by Liverpool Mayor Joe Anderson in the autumn of last year, who believed they were being underused and were responsible for increasing congestion rather than reducing it

However, city council leaders have denied suggestions that there is any kind of vendetta against bus operators who have publicly spoken out against the decision to remove the dedicated lanes in a bid to ease the flow of traffic.

Liverpool council head of parking Roy Tunstall said he did not believe most of the enforcement action related to the bus lane suspension, which is due to last until July.

He said: “If any of my staff are over-stepping the mark I will look into it. It’s all about bringing about the right controls which we have done. We have a very strong relationship with the bus companies.”

The news comes after it was revealed last year that Liverpool Council has issued over half a million parking tickets in the past four years.