Breathalysers and alcohol advice – not to stop drunk driving, but to curb bad behaviour

Home Breathalysers and alcohol advice – not to stop drunk driving, but to curb bad behaviour

Breathalysers and alcohol advice – not to stop drunk driving, but to curb bad behaviour 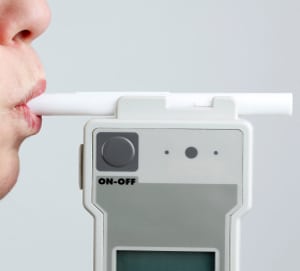 Pubs in Leicestershire are to breath-test customers they suspect are excessively drunk before allowing them in.

But this isn’t a scheme to tackle drunk driving, it’s designed to ensure pubs are being responsible when it comes to the people they are serving, and some venues are even prepared to offer help and advice to those who may be to drunk – even if they are not getting behind the wheel.

Licensing laws already require bars to refuse to sell alcohol to people who are excessively drunk.

During the experiment, five bars in Loughborough, including the students’ union at the town’s university, will begin testing selected customers in September.

Town police and Charnwood Borough Council have supplied hand-held breath test kits to the venues and asked them to use them until early-November.

Officers will then sit down with the participating venues and others before deciding whether to recommend the policy should be extended and even made permanent.

Matt Gould, assistant manager of Revolution, in Baxtergate, said: “At the moment, the decision to turn someone away because they are drunk is based on your opinion.

“We have laws to adhere to at all times which require us to refuse to serve people who are drunk.

“This will make our job easier because it will give us the evidence of someone who has had too much to drink.

“The police say this has been successful in other parts of the country.

“I think it will be okay and that people we ask to be tested will be amused by it.”

Pc Mike Green, a member of the beat team for Loughborough and who is running the scheme, said: “We want to raise awareness of the effects of excessive alcohol consumption on health and well-being, as well as supporting licenced premises to help them deal with customers who have had a bit too much to drink.

“While we will be providing training and guidance, ultimately all of the decision making remains with the staff at each venue.

“At the end of the pilot and in partnership with the premises and Charnwood Borough Council will be undertaking a review to see if it merits being rolled out on a wider and permanent basis across the area.”

Councillor David Snartt, chairman of the Charnwood Community Safety Partnership, said: “The night-time economy is very important to the borough, however people need to understand that they need to drink responsibly.

“We don’t want people to spoil a good night out for themselves or others and hopefully this project will make them realise how much alcohol they are consuming and how it may be affecting them.