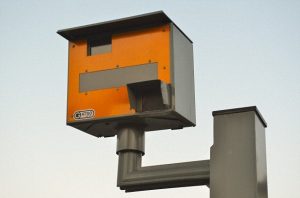 Speed cameras cost motorists £22million in fines in 2013, it has been revealed.

And where was the place where most motorists were caught? Junction 25 on the M60 in Greater Manchester.

The fines generated by the cameras are also thought to have raked in £189,140.

Figures also show 15% of drivers who got tickets in 2013 were caught out by altered speed limits, introduced by nine out of 10 councils last year.

Car insurance firm LV= used a Freedom of Information request to find the busiest and most lucrative of Britain’s estimated 3,353 fixed speed cameras.

Police and council data showed that some 400,000 fixed penalty notices for speeding and 73,944 summonses were issued last year, which cost motorists around £22million in fines.

On an average day, it is estimated that there is now a fixed or mobile camera in operation for every 67 miles of British road.

John O’Roarke, managing director of LV= car insurance, said: “It can be easy for motorists to become complacent when they get behind the wheel, especially when they drive on the same roads day in and day out.

“However, it’s important that drivers always concentrate on the road so they can spot any new road signs, changes in speed limits, and are aware of what other motorists are doing.”