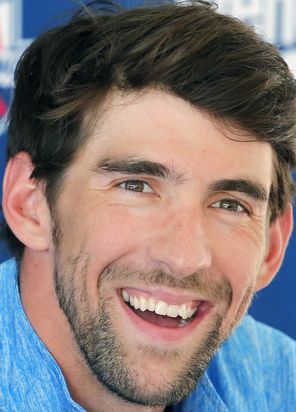 He was pulled over in his hometown of Baltimore, in the eastern U.S. state of Maryland, last week, driving over 100mph and crossing lanes inside a traffic tunnel.

USA Swimming says Phelps’ actions are detrimental to the sports’ image, reputation and code of conduct.

He can still train with the team but cannot swim in any world events until March.

Phelps has apologised for his behaviour and says he is seeking help seeing as this is not the first time he has found himself on the wrong side of the law when it comes to a driving offence.

Phelps was also banned from competition in 2009 when he was photographed smoking what appeared to be a marijuana pipe.

The swimmer won 22 Olympic swimming medals in the 2008 and 2012 games, including 18 gold – making him the most decorated athlete in modern Olympic history.

He has said he hopes to compete in the 2016 games in Rio de Janeiro.