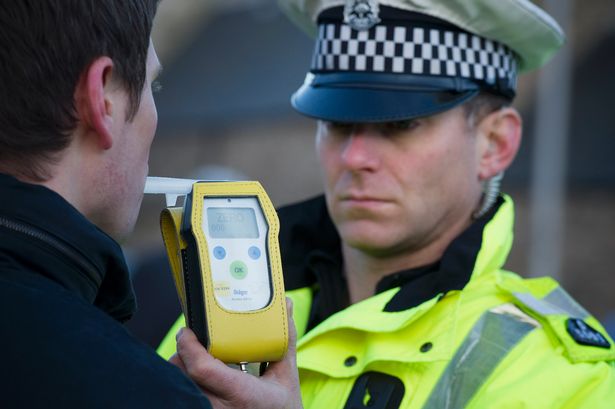 Police have arrested more than 150 motorists in the north west alone during their crackdown on World Cup drink-drivers.

Since the beginning of June, officers have breathalysed more than 3,000 people across the Greater Manchester area to stop drunken fans who have been watching the match from getting behind the wheel.

Posters encouraging customers to have ‘none for the road’ were also put up in pubs and police are using social media to spread their message.

Inspector Matt Bailey-Smith from the ANPR Intercept Unit said: “It is absolutely appalling that in 2014 we still have to remind people not to drink and drive but as the latest arrest figures show, there are still far too many people prepared to put their life on the line for the sake of a drink.

“Whatever the excuse to drink, there is absolutely no excuse to drive. People have a choice and should either plan how to get themselves home or have none for the road.

“Any amount of alcohol can affect your ability to drive and getting behind the wheel the morning after can be just as dangerous as driving the night before which is why our officers don’t stop at the final whistle.”