Penalty For Going Through Red Light – What Are The Consequences?

Home Penalty For Going Through Red Light – What Are The Consequences?

Penalty For Going Through Red Light – What Are The Consequences?

Every motorist will understand the disappointment of seeing a traffic light change to amber just as you’re approaching. Whilst it can be tempting to increase your speed to get through the traffic lights before they change to red, this is a risky move that can lead to severe consequences. But what is the penalty for going through a red light?

In this article, we’ll discuss how you can be caught running a red light and the potential penalties that you could face if you receive a Notice of Intended Prosecution for failing to stop at a red traffic light.

The rules that a driver must follow when approaching traffic lights can be summarised as follows:

The rules are clear that a driver must always stop at traffic lights unless the signal is green. If any part of the vehicle passes over the white stop line when the red light is showing, an offence has been committed and you could be prosecuted.

But what happens if you don’t see the red light and what penalties could you face if you accidentally run a red traffic light? Read on to find out. 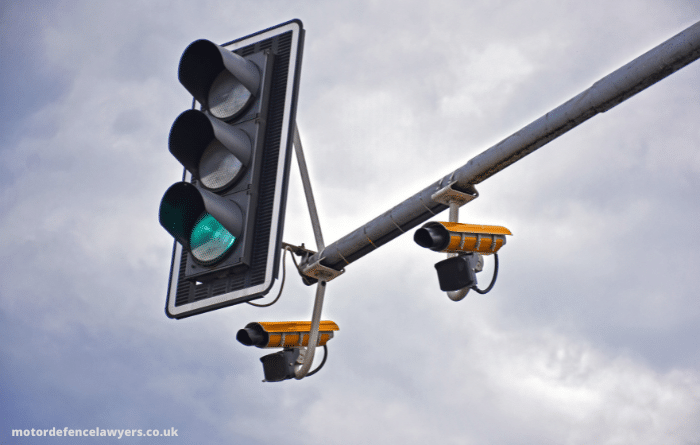 If You Run a Red Light How Long Does it Take to Get the Ticket in the UK?

If you are caught driving through a red traffic light by a safety camera in the UK, you should receive a Notice of Intended Prosecution within 14 days. You then have a period of 28 days to return the form with details of the driver at the time of the alleged offence.

After this, you will usually receive a fixed penalty notice within 28 days of returning the Notice of Intended Prosecution, informing you of the penalty for the offence. You can then choose to accept the fixed penalty or to request a Court hearing to defend the allegation.

How Are Red Light Offences Detected?

Traffic light cameras work by using sensors or ground loops in the road to sense when a car passes through the traffic lights. If the lights are displaying a red signal, the speed camera will take a photograph of any vehicle that passes the white stop line.

Some cameras may also be set up to detect speeding offences, as well as red light offences. Although traffic light and speed cameras are disliked by many motorists, they serve the purpose of protecting all road users from careless and dangerous driving and enhancing road safety. You’ll often find traffic light cameras installed in areas where there have been many road accidents, with the aim of reducing the number of accidents that occur.

Alternatively, you may be stopped by a police officer for running a red traffic light. If this happens, you will be asked for your details, including your full name, driving licence number and current address. You will usually also be issued with a verbal Notice of Intended Prosecution at this point.

Caught Running A Red Light – What Happens Next?

If you have been caught running a red light, you will probably be wondering what will happen next. The next steps will depend on whether you were caught by a traffic light camera or a police officer.

When a traffic light offence is detected by a camera, the registered keeper of the vehicle will receive a Notice of Intended Prosecution within 14 days. This will require the keeper to identify the driver of the vehicle at the time of the offence. The Notice needs to be responded to within 28 days, or it may result in prosecution for failure to furnish.

In the majority of cases, the Court will offer a fixed penalty notice. You should usually receive this through the post within 28 days of either the Notice of Intended Prosecution being delivered verbally or a signed admission being returned by the driver. The offer of a fixed penalty can be accepted to avoid the need for Court proceedings, or the driver may choose to go to Court to defend the allegation.

In these circumstances, the charge may be increased to careless or dangerous driving, which carries a more severe penalty and may require a trial in Court. 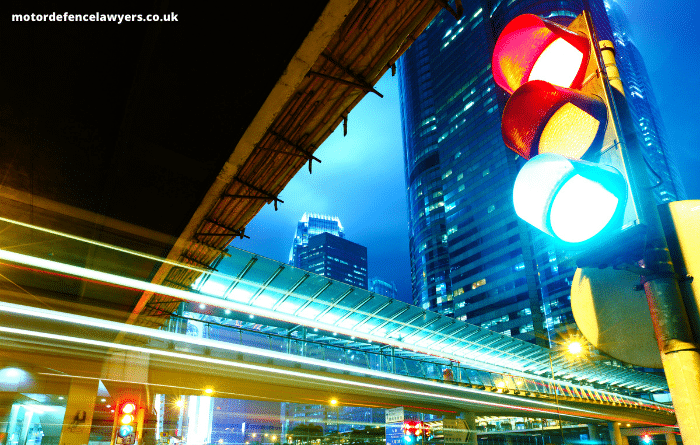 What Is The Penalty For Driving Through A Red Light?

The usual penalty for failing to stop at a red light is a fine of £100 and an endorsement of three penalty points on the driver’s licence. This will usually be offered through a fixed penalty notice, avoiding the need to attend Court.

If you choose to defend the allegation in Court and are found guilty of committing the offence, the fine may be increased to a maximum of £1,000.

In more severe offences, you may be charged with careless or even dangerous driving, which carries a more severe penalty. In these cases, you will usually be required to attend Court for a trial. The Court also has the discretion to disqualify the defendant from driving in more severe cases.

If you have received a Notice of Intended Prosecution for failing to comply with traffic signals, you may be wondering whether it is possible to defend the allegation. The good news is that an experienced motoring defence lawyer will be able to support you in defending this allegation in Court.

The main defences which can be used against a charge of failing to stop at a red traffic light include:

It is important to note that failure to comply with a traffic signal is an offence of strict liability. As strict liability cases deal only in facts rather than intentions, the Court is not able to accept a defence that the defendant did not intend to break the law. Whether or not the defendant intended to commit the offence, points must be imposed if the offence can be proven to have been committed.

If you wish to defend an allegation of failure to comply with traffic signals, we’d always recommend having a specialist motoring offence solicitor on your side. They can help you to prepare the strongest possible defence against the allegation, as well as gather any required evidence to support your case.

Received a Notice of Intended Prosecution for running a red light? We can help 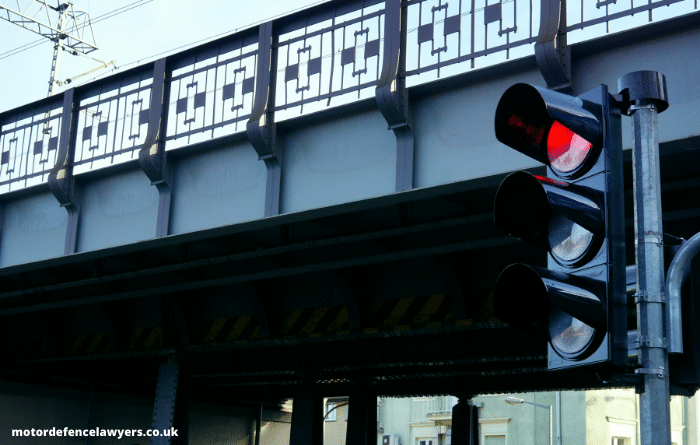 What If The White Stop Line Is Faded?

It isn’t always clear where you need to stop at traffic lights, especially if the white stop line is faded, making it difficult to see. However, this is not a valid defence for failure to stop at a red traffic light.

What If You Enter The Bike Box?

Many traffic lights have a ‘bike box’ marked out on the road which provides a safe place for cyclists to stop at traffic signals. The line that signifies the start of this box is known as an Advanced Stop Line (ASL), and this line must only be crossed when the traffic light is displaying a green light.

If any part of a motorised vehicle (including motorcycles) enters the ‘bike box’ when a red traffic light is showing, this is treated in the same way as driving through a red traffic light. This means that motorists can be prosecuted if they move into the bike box from a stationary position, or if they fail to stop the car in time despite a safe stopping distance being available.

This can be defended if the driver can prove that they entered the box when the traffic light showed green and was subsequently prevented from leaving the box as a result of traffic ahead or an obstacle in the road.

What Is The Fine For Going Through A Red Light UK?

Driving through a red traffic light in the UK is usually dealt with through a fixed penalty notice consisting of a £100 fine and an endorsement of three penalty points. However, if you fail to respond to the Notice of Intended Prosecution or provide the wrong driver details, you could face prosecution, six penalty points and a fine of up to £1,000. Additionally, more severe cases may result in an increased charge of careless driving which carries a more severe penalty.

Do All Red Lights Have Cameras?

What To Do If You Accidentally Run A Red Light

If you have accidentally driven through a red light, you may be worried about the potential consequences. If you have been caught by a traffic light camera, you will receive a Notice of Intended Prosecution within 14 days, requesting the driver details at the time of the alleged offence. You should complete this and return it as soon as possible. This is not an admission of guilt, simply an admission of driving the vehicle at the time of the offence.

If you’re unsure of the best way forward after failing to stop at a red traffic light, it’s always best to seek specialist legal advice from an expert motoring defence solicitor. At Caddick Davies, we offer a free initial consultation to talk you through your options. Should you choose to defend the allegation, we will work with you to put together the strongest possible defence for your case.

To talk through your options after driving through a red light, contact us today for a free legal consultation.