Ban on smoking in cars with children: Only one fine issued in the first year

Home Ban on smoking in cars with children: Only one fine issued in the first year

Ban on smoking in cars with children: Only one fine issued in the first year 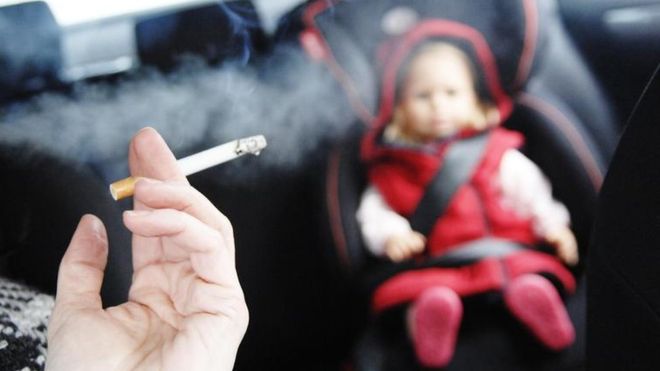 A ban on smoking in cars with children has resulted in just one fine in a year, an investigation has found.

It became illegal for motorists or passengers to smoke in a car in England and Wales, with anyone under the age of 18 present, from October 2015.

Offenders were warned they could face a £50 fine when the ban was introduced.

The fine was intended to protect children from the harmful effects of second-hand smoke. However in the 12 months since, just one penalty was issued – by Northumbria Police.

According to Freedom of Information requests from 42 police forces in England and Wales, many cases were dealt with by verbal warnings.

The Police Federation said it was “really difficult” for its officers to enforce the law, as police do not have the power to issue on-the-spot-fines.

Merseyside Police said they received reports of two alleged offences – in Sefton and St Helens – but the drivers were not traced.

He said: “Not only is it unenforceable, the impact on public health is almost zero.

“Even before the ban very few people smoked in cars carrying children. The overwhelming majority of smokers know it’s not considerate. They don’t need busybody politicians telling them how to behave.”