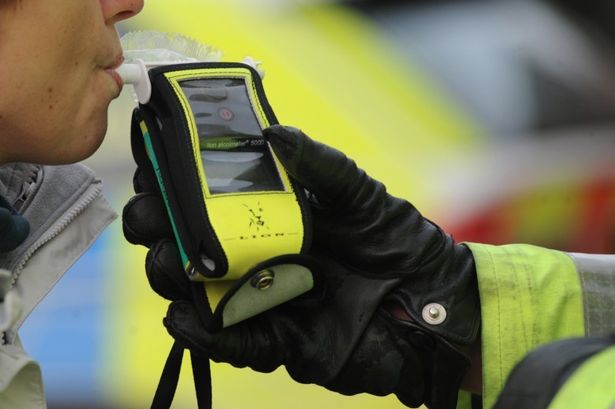 Not only is drink-driving dangerous, but getting caught comes with some pretty serious consequences.

Being stopped on suspicion of being over the legal alcohol limit can be a daunting experience especially if you don’t know a few simple facts.

So we’ve provided a little  more information on the limits, implications of drink-driving and your rights if you are asked to provide a breath sample.

What is the law on drink driving in England and Wales?

Of course the best way to ensure you are not breaking the law is to drink no alcohol at all before getting behind the wheel.

And what about Scotland?

On December 5th 2014 The Scottish Government changed their drink drive limit to bring Scotland in line with most other European countries in an effort to save lives and make Scotland’s roads safer.

How much can I drink and still be able to drive?

Put simply, there is no sure way of drinking and staying under the legal limit to drive. This is because the amount of alcohol you would need to drink to be considered over the driving limit very much varies from person-to-person.

Things like your weight, your gender, your metabolism, your age and even if you have eaten recently can have an effect.

Even small amounts of alcohol can affect your ability to drive, so the only safe advice is to avoid any alcohol if you are driving.

What happens if I am suspected of drink driving?

The police can stop any vehicle at their discretion, and will often set up drink driving check-points, particularly in the run-up to Christmas.

If the police suspect that you are over the drink driving limit, they will carry out an initial breath test at the side of the road using a breathalyser. If you fail this test, or if they have further grounds to believe that your driving was impaired through drink, you will be arrested and taken to a police station.

Here you will need to provide two more breath specimens using an evidential breath testing instrument. The lower of the two readings is used to decide whether you are above the drink driving limit.

Can I submit another sample of blood or urine?

Until April 2015 drivers were able to request a second sample (blood or urine) if the evidential breath sample was up to 40% over the limit.

But the law has now changed and this is no longer the case.

The only time you will be able to provide a second sample now is if there is a fault with the testing equipment or you can give a genuine medical reason why you can’t.

What will happen if I am found guilty of drink driving?

Anyone caught over the legal alcohol limit when driving faces the possibility of being banned from driving for at least 12 months, and also a fine of up to £5,000. You may also be sentenced to a spell of unpaid community service, or in the worst cases, be sent to prison for up to six months.

The period of disqualification, size of fine and penalty points you receive will depend on the seriousness of the offence, but if you’re caught drink driving more than once in a 10 year period, you’ll be banned for at least three years.

Is there any way I can avoid a disqualification?

If you are found to be driving whilst over the legal alcohol limit the courts have no option but to enforce a period of disqualification.

There are rare occasions where you may be able to quote a “special reason” to avoid a driving ban, such as having your drinks spiked or driving in an emergency, but the court will often be very sceptical of such excuses and the success rate is extremely low.

Should I seek legal advice?

If you are charged with a drink driving related offence you will need the very best legal representation available to you.

Caddick Davies Solicitors is a leading law firm specialising in the representation of motorists charged with drink driving offences, including drink driving, being drunk in charge, failing to provide a specimen or being unfit to drive through drink or drugs.